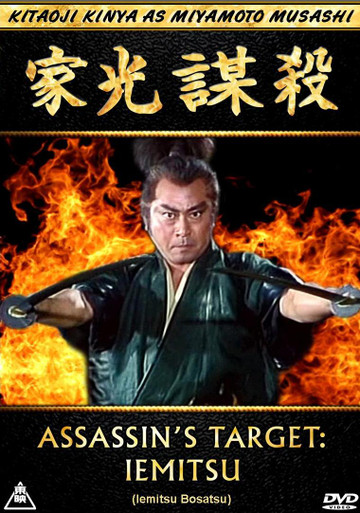 It’s a vicious plot that would change the course of Japanese history when assassins conspire to kill Iemitsu, the third shogun of the Tokugawa dynasty. With a great performance by superstar Kitaoji Kinya as Miyamoto Musashi the story heats up as Iemitsu plans a journey across Japan where assassins will lie in wait. Working with elder statesman Okubo Hikozaemon to unravel the mystery of who is behind this plot are some of the greatest swordsmen in the land. Action and intrigue abound in this can’t miss thriller ripped from the pages of Japanese history!