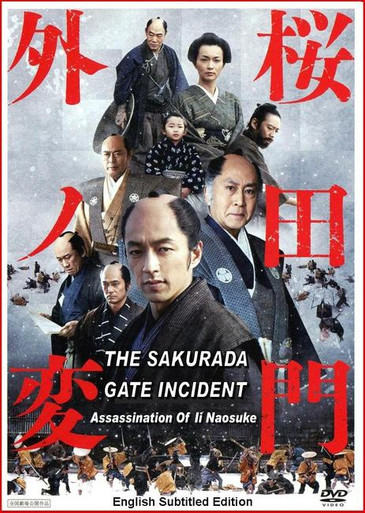 This is the one we have been waiting for, the most important movie of the last 20 years, accurately telling the true story of how and why Ii Naosuke was assassinated; an incident that changed the course of Japanese history. Brutally realistic swordfighting, the likes of which has not been seen in recent times, highlights this bloody tale which not only shows what led up to the attack, but the tragic aftermath as well.  Not to be missed!

This is a remarkable new film about the assassination of Lord Ii Naosuke that was carried out by members of the Mito clan in 1860.  It is a brilliantly filmed motion picture with some of the best and most realistic sword fighting ever shown.  The story opens just before the attack is carried out and gives the entire background and aftermath of the incident that changed Japanese history forever.  This is a powerful motion picture with memorable performances all around.  The movie was conceived by the people of the former Mito Province to tell the true story in a neutral manner making it an educational tool besides being great entertainment.

Veteran filmmaker Sato Junya has created his masterpiece with this work, which rivals Hitokiri for historical accuracy along with spectacular sword fighting.