AOI - THE BATTLE OF SEKIGAHARA 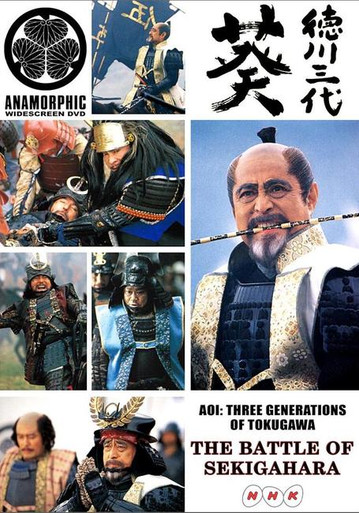 AOI - THE BATTLE OF SEKIGAHARA

THE BATTLE OF SEKIGAHARA – SPECIAL EDITION

The pivotal Battle of Sekigahara, which signaled the end of the Toyotomi as rulers of Japan and led to the rise of the Tokugawa shogunate which ruled the nation for almost 300 years is the subject of the exciting first episode of what was to become NHK's Taiga Drama for the year 2000.  Re-mastered in glorious 16:9 anamorphic widescreen, this stand-alone special presentation is filled with exciting action scenes as the grand battle plays out in bloody violence.  An all-star cast including such stalwarts as Tsugawa Masahiko, Iwashita Shima, Tamura Ryo, Kurosawa Toshio and Kusabue Mitsuko bring history to life on an epic scale!