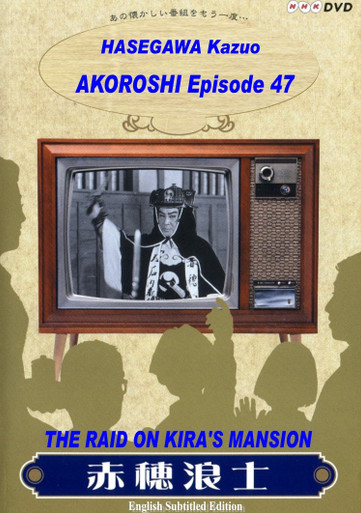 It’s action galore as Oishi Kuranosuke leads the 47 ronin of Ako against the vile Lord Kira in the exciting 47th episode of the second Taiga Drama ever made.  Brilliant swordplay highlights this action packed episode, backed up by the rousing score composed by Akutagawa Yasushi (brother of noted author Akutagawa Ryunosuke,  who wrote the novels that the films “Portrait Of Hell” and “Rashomon” were based on).

From the opening moments as the siege of Kira’s mansion begins through the bloody swordfight, the tension mounts as the 47 ronin seek vengeance against the man who drove their lord to draw his sword in the sacred Great Pine Corridor of Edo Castle, thus leading to the downfall of their clan.