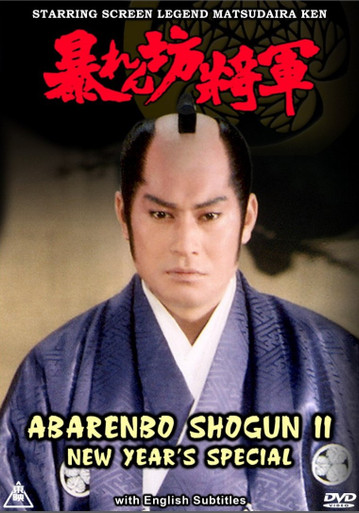 When the seventh shogun, Ietsugu died, shogunate officials chose Yoshimune, Lord of Kishu, to succeed him. Since then Yoshimune has led a double life.In court he remains a dedicated leader, but outside he travels incognito as a wandering swordsman, seeking out crime and corruption. With his trusted friends and his ninja, he’ll expose anyone who perverts the shogun’s justice and oppresses his people and he’ll ruthlessly put them down with his lightning-fast sword. But since he became shogun, many high-placed officials look on with jealousy, and long to destroy him. One such man, Lord Owari, tries to unseat Yoshimune by exposing his mother as a practitioner of an outlaw religion, Christianity, an offense punishable by crucifixion! Will Shogun Yoshimune be able crush the forces of his unseen enemy and expose this wicked scheme; or will he be faced with losing the shogunate, killing his mother with his own hands to save her from the enemy, then face expulsion and ritual suicide? Only his wits, his silent ninja, and his terrible sword can save his government from destruction!