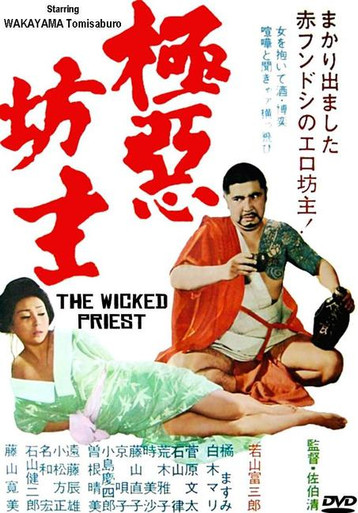 
Introduction to the Gokuaku Bozu (Killer or Wicked Priest) series about Shinkai a 'karate priest' who breaks all the rules of Buddhism, yet maintains his morals as a champion of the oppressed.  Set in the Taisho period after the fall of the Tokugawa Shogunate as Japan is in turmoil with the rise of the 'yakuza' gangsters being aided by corrupt priests.  Only Shinkai is willing to stand up against them.

During the Taisho Period (early 1920's) a monastery of warrior monks was split apart between two factions. One of these factions was led by the Chief Abbot and his protege, Shinkai. When Shinkai intercedes in a fight between a rival priest and some ruffians it leads to his expulsion from the order. This story introduced us to the character of Shinkai, a 'Karate Priest' and his long running feud with Ryotatsu, his greatest rival. There are touches of humor as Shinkai breaks all the commandmants of a priest, including fighting, gambling, and running after women. All this leads to an awesome conclusion as he must destroy a gang of yakuza aided by corrupt priests. The fighting is fast and furious as Ryotatsu waits to see if Shinkai can live long enough to face him in the ultimate test!