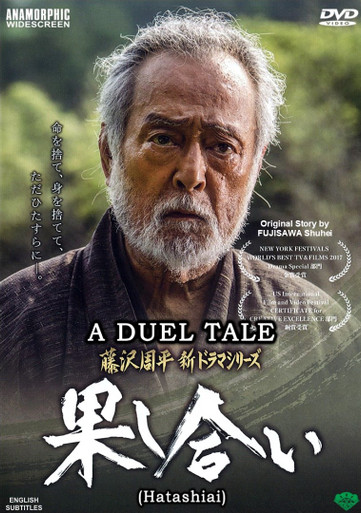 Nakadai Tatsuya, Japan’s greatest living actor, gives the performance of a lifetime as Shoji Sanosuke, and elderly samurai forced to pick up his sword to protect those he loves in this adaptation of a Fujisawa Shuhei novel. As a ”Heya-zumi” (essentially a freeloader living off his family) Sanosuke has one last chance to help his grandniece escape from the cruel samurai of an arranged marriage. Nakadai proves he ”still has it,” when fate forces him into a deadly duel. This award winning samurai drama from the pen of noted author Fujisawa Shuhei is a tribute to one of the greatest actors to ever grace the silver screen!