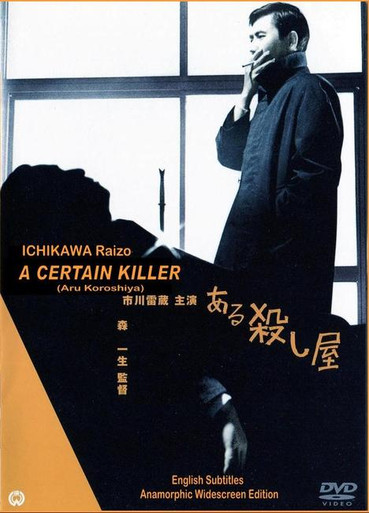 A brilliant classic film noir with Raizo as a uniquely talented hit-man during the Viet Nam War era.

Mori Kazuo’s stylish adaptation of a hard-boiled crime novel, The Night Before, by Fujiwara Shinji, stars Ichikawa Raizo, with the exquisite camerawork of Miyagawa Kazuo and a script by Masumura Yasuzo. A Certain Killer is a dark, nihilistic thriller in the “Le Samourai” vein, with Ichikawa as a former kamikaze, now a taciturn restaurant chef, who is gradually revealed to be moonlighting as a hitman for two yakuza clans.  Raizo gives a memorable performance.