7 SOULS IN THE SKULL CASTLE 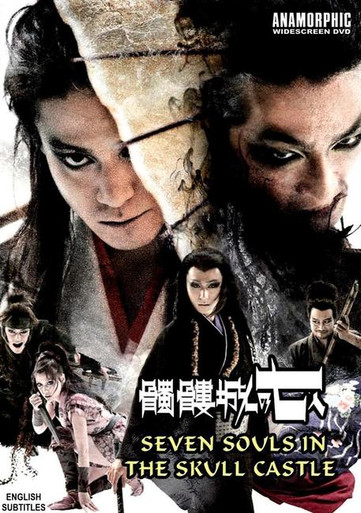 7 SOULS IN THE SKULL CASTLE

SEVEN SOULS IN THE SKULL CASTLE (Dokuro-Jo no Shichinin)

IN STOCK, READY FOR IMMEDIATE SHIPPING

An action-packed live stage performance that has to be seen to be believed!

Filmed live on stage, Japan’s top theatrical troupe “Gekidan Shinkansen” brings a new kind of entertainment complete with some of the most spectacular swordplay ever performed in a stunning story set in 1590, just as Toyotomi Hideyoshi is about to unify Japan.  Resistance is mounted by a man named Tenmaoh who leads the Skull Clan of Kanto.  While they hide-out in pitch-black Skull Castle, a group of 7 souls led by Sutenosuke and Sagiri learn of Tenmaoh’s dark ambition and mount an attack on the 20,000 warriors hiding in the castle! This is spectacular entertainment that has taken Japan by storm.