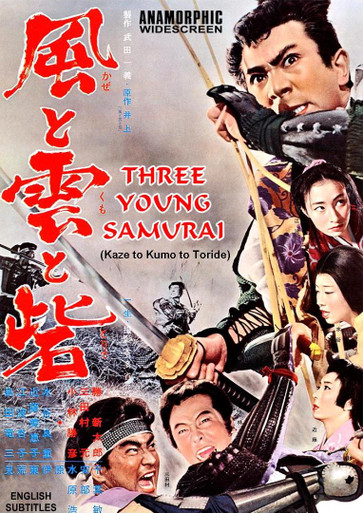 (Kaze to Kumo to Toride)

Set against a backdrop of Japan’s Warring States period, this tale of three young Tokugawa vassals who head their separate ways after Takeda Shingen’s forces overran their castle.  When they meet again after all having joined opposing sides and complicating matters with a bitter love triangle it leads to a combination of bravery and treachery that threatens the lives of the 3 former friends.  Will they eventually have to settle their differences with drawn swords, that is if they can survive the great battles still being fought!  This breakthrough starring role for Katsu Shintaro has rarely been seen outside of Japan. It is not to be missed!